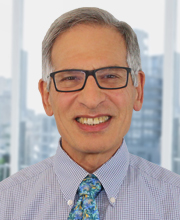 Dean L. Surkin, JD, LLM, is a tax director at Gettry Marcus CPA, P.C. He has litigated major cases in the fields of taxation, probate and general commercial matters, and has been peer-reviewed by Martindale-Hubbell. He holds the highest rating for legal ability and ethical standards, AV.

Mr. Surkin holds the faculty appointment of professor (adjunct) at Pace University Graduate School of Business where he currently teaches partnership taxation. He formerly served as adjunct associate professor at the NYU School of Continuing and Professional Studies where he was program coordinator of the Estate and Gift Taxation and Planning Certificate Program. He also formerly served as adjunct assistant professor at Hunter College, CUNY. He has presented seminars to the Foundation for Accounting Education, the New York State Bar Association, the Association of the Bar of the City of New York, the American Society of Women Accountants, and many private groups, and has appeared in continuing education videos under the auspices of SMartPros. His most recent presentations have included “Estate Planning after the TCJA,” “Partnership Examinations Under the Centralized Audit Regime,” and “Recent Developments in Taxation Law and Procedure (November 2018).” His published articles on tax law have appeared in peer-reviewed journals, practitioners’ journals, and the popular press.

The Budget Bill was signed into law on April 9, 2022. Included in the tax provisions are two key changes... Learn More

Thank You For Signing Up!